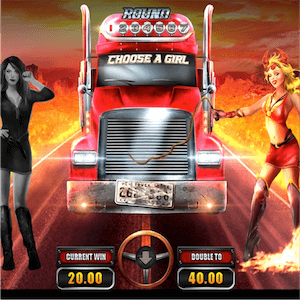 Expert casino software developer Wazdan has released yet another smash hit pokies title, Highway to Hell Deluxe, just in time for iGB! and also during the exact same month that the classic AC/DC rock song was released all the way back in 1979.

And while the pokie itself is not based exclusively on the rock song that inspired an entire generation, it does still encapsulate the track’s homage to living free. Highway to Hell Deluxe is a 5 reel, 5 payline remake of Wazdan’s original Highway to Hell online slot, with a Deluxe spin and even more changes to win.

The pokie title comes complete with expanding wilds and the Wall Bonus feature that allows players to boost their winnings by as much as 5x their value. There is even a gamble feature, in which players can join gorgeous female bikers on fierce Harleys for a chance to walk away even richer than before.

As well as this imaginative gamble game, Highway to Hell Deluxe also boasts some of Wazdan’s most popular bonus feature formats. Among them are Energy Saving Mode, Double Screen Mode, and the industry-first Volatility Levels feature, all of which are essential in delivering great HTML5 pokies gaming for desktop, mobile phone and tablet.

The pokies’ pay-table contains the familiar Route 666 symbols that players of the original title will know well. These include gas pumps, trucks, interstate signs, speed signs, a sexy devil character, a number of traditional poker icons, and a handful of different biker babes as well. The red tanker truck serves as a wild symbol to fill in winning combinations, and during gameplay in Double Screen Mode, players will also be able to enjoy the title in portrait orientation designed specifically for mobile devices.

Commenting on the updated pokies, Wazdan Head of Sales Andrzej Hyla noted that epic rock music and big multipliers are at the core of the fun in Highway to Hell Deluxe. According to Hyla, the game is among a new generation of innovative titles that perfectly reflect the developer’s passion for gaming through fast-paced action and big winning opportunities.

The Head of Sales also revealed that his company will exhibit the new pokie at iGB Live! 2018 in Amsterdam, revealing the new product to an eager audience and an exhibition full of potential global partners.