Veterans Call For Removal of Pokies at RSL Clubs 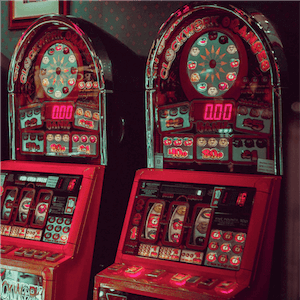 Young veterans from the Returned and Services League of Australia are urging their local authorities to eliminate controversial poker machines from its clubs.

There are currently around 280 RSL sub-branches in Victoria, 52 of which have pokies games available. A group of young veterans headed by David Petersen, a former Army officer, have lately been calling for higher welfare payments to be made to veterans and stricter measures to be enforced so as to tackle the spread of these machines.

No Gambling for the RSL

As President of the Camberwell sub-branch, the 32-year old has seen to it that there are no pokies to play in his district. He is of the opinion that the gambling industry and the RSL should never mix, in part because the machines do not actually bring in that much money to the sub-branches anyway. Peterson also noted that the community is often deceived into thinking that the retired soldiers’ organisation earns a large amount of revenue from these machines, but he said that this is untrue.

Reports have revealed that the 52 RSL sub-branches generated a total income of roughly AU$260 million and about AU$8 million in profit for the year 2017. Less than 4% of this, or about AU$9.8 million, got redirected to welfare programmes which then get shared between the retired soldiers and the wider community.

The Negative Impact is Not Justified

The presence of pokies in these sub-branches has been supported by Brigadier Mike Annett, State Secretary of the Victorian RSL. He explained that bureaus put out around AU$9.8 million, more or less, directly to certain services which support retired soldiers. A further AU$6.8 million, put up by appeals, is only redirected to those in need.

However, Peterson doesn’t agree that these funds justify the negative impact of pokies to society overall. He stated that there were many members of his organisation who have displayed suicidal behaviour associated with gambling, alcohol, and drug addictions, and this is another reason why bureas should not be in charge of games that could increase the impact of these dependencies.

Poker machines have largely been associated with an array of negative consequences for Australians for some time now. Many local residents have been betting via these controversial machines, and this has seen a rise in problem gambling in many, and could well be seriously worsening the lives of those affected.