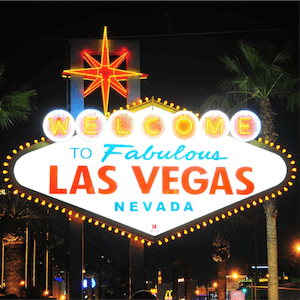 The Nevada Gaming Control Board has reported on the State’s October performance, and it turns out that it has been a very good month. For the first time in five years, the State has passed the billion-dollar mark.

This makes October the best performing month since 2013, and is hopefully a sign of the end of mediocre growth in the industry.

The Nevada Gaming Control Board released figures for Q4’s first month, which is looking up when compared to the industry’s performance in Q3. The total gambling revenue reached a high of $1.6 billion. Sportsbooks reported a revenue of $28.7 million, a drop from September’s record-breaking $56.3 million. The sports handle also decreased by approximately $39 million from $571 million to $530 million.

Punters enjoyed great wins on football bets with operators paying out over $18 million. This resulted in revenue from the sport decreasing by 28.3% to $11.3 million on a handle of $342.4 million.

Performance in Other States

Nevada is only one of a few States that experienced a decline in revenue. Mississippi’s sports betting decreased by $4.3 million from September’s $5.5 million, to $1.2 million even though the total betting amount increased to $32.8 million. New Jersey, however, had a massive drop in revenue, which fell by over 50% from $24 million to $11.7 million.

Pokies revenue increased by 5.8%, with operators scooping around $693.5 million, 65.2% of the whole month's total win across verticals.

The Blackjack market enjoyed a 40.4% increase to $125.5 million, while Roulette increased by 21.6% to $40.4 million. Craps had the least significant growth at 8.1% increasing to $31.8 million and Baccarat went backward with a 13% decrease, however it still contributed $76.3 million, making it the second highest revenue contributor for casinos.

About The Gambling Control Board

The Gambling Control Board exists to eliminate elements in Nevada gaming that are undesirable through policy implementation and regulations. The Board also monitors tax reports submitted by license holders. Its primary focus is to protect the industry and keep it well regulated.

The commission oversees everything from auditing to license enforcement and investigating gaming related non-compliance through its six departments. It releases a monthly, quarterly, and annual report to the public.