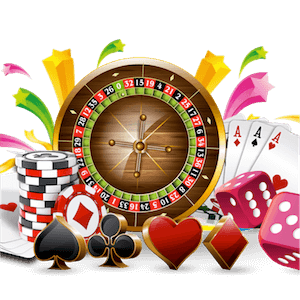 In international gambling news, the South African Parliament has enacted new betting legislation after the original caused uproar around the country. The aspects of the bill at issue have not been permanently removed, however, just delayed until some point in the future. The National Gambling Amendment Act for 2018 passed on the 21st of November 2018, after the committee narrowed its focus to only three issues.

Jean Marie Fubbs, Chairperson for the parliamentary committee, stated that the three key issues that this act tackles would resolve the challenges that currently exist in the process of governance.

1.       A new body, the National Gambling Regulator, will be assuming responsibility for Regulatory Authority and Oversight.

2.       Improvements will be made to the current systems of governance, and the National Central Electronic Monitoring System will be broadened.

3.       Some of the items that ended up being removed from the original piece of legislation include a proposed ban on Greyhound Racing, abolishing the opportunity to bet on results of the Lottery, and regulation for electronic Bingo games. A major online crackdown on payment methods was also gotten rid of, with the committee citing time constraints regarding putting new measures in to place as a reason for its been taken out.

These issues have essentially been paused, however, and will not be going away. Fubb indicated that the revised legislation would act as a stepping-stone. The country is on the path to more substantial changes to the regulatory framework for the wagering sector, and this is just the initial laying of groundwork for the future.

At this point in time, online sports and race betting are legal in the country. The original act, however, was trying to make provision for incredibly strict punishments for unlicensed offshore operators targeting South African residents. This included online casino and Poker options, both of which are not legal in this country in 2018. A policy was also set to be put in to place that would have allowed authorities to seize winnings from South Africans making use of these unlawful platforms.

The gambling laws in South Africa are still a little old-fashioned, but politicians have been trying to update these and broaden their scope, particularly in terms of internet-based real money gameplay. This would include making Poker and online casino entertainment legal. There hasn’t been much progress to date however, largely due to the offline casino industry’s lobbying.