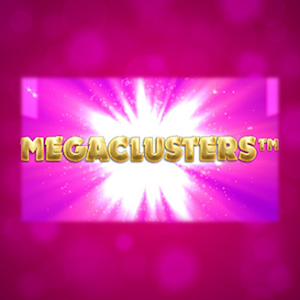 It wasn’t so long ago that iGaming development studios Relax Gaming and Big Time Gaming (BTG) entered into a partnership. The two companies first signed on the dotted line in 2018, and have remained in collaboration ever since. Now, it has been announced that the union has deepened even further, with BTG having granted Relaxing Gaming exclusive rights to the highly popular Megaclusters pokie mechanic.

The Megaclusters feature was first seen in the title Star Clusters, and upon the software being experienced by players, it immediately proved to be a big drawing card.

But with this latest deal finalised, the mechanic will be used exclusively in pokies created within the established collaboration. Which is to say; only Relax Gaming will be making use of the software for the time being.

On the surface, Megaclusters is simply a twist on the already established cluster pays concept. It isn’t a massive innovation by any means, but enough of a shakeup that it has managed to grab the attention of players. Either way, that the system is being given exclusively to a single studio is big news.

Chief proprietary officer at Relax Gaming, Simon Hammon, commented on the development. He first took the time to declare that the partnership between the studios was a fantastic one, and was a relationship that continued to grow stronger with each passing year. He then stressed that his company’s design team was excited about experimenting with the Megaclusters system and were keen on implementing into a number of interesting new pokies.

As to which specific titles the feature would be inserted into, Hammon wasn’t divulging. What he did make clear, however, was that he was proud to have been given the unique opportunity.

Nik Robinson, chief executive officer at BTG, shared some comments of his own. He declared that, so far, Megaclusters had exceeded his expectations in almost every regard. The success meant, he elaborated, that there was a chance that an entire pokie franchise could be created around the feature.

Robinson then turned his attention to Relax Gaming. He pointed out that the company demonstrated incredible creativity and reliability, and promised that whatever titles the studio created with the system, they were sure to be impressive.

No doubt, fans will be keen to see the exciting new cluster pays titles that are created through this exclusive partnership.