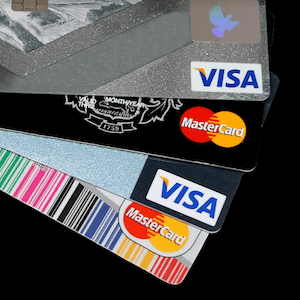 Spending money not actually in the bank; a good example being that of making use of a credit card; is considered by many to be a bad financial habit. Gambling on credit is specifically frowned upon and for obvious reasons. But many are the conveniences of making use of a credit card, especially when transacting online. And so the story behind New Zealand’s recent decision to ban the use of credit cards for online gambling starts to take shape and unfold.

Online gambling law in New Zealand is clearly defined, and players are allowed to enjoy the services of offshore casinos and sportsbooks, but not those run locally. Banning the use of credit cards for online gambling is a sure-fire way to crack down on at least some of the illegal goings-on in the country’s digital marketplace. But whilst this may be a consideration resulting from the best of intentions on the part of New Zealand’s Department of Internal Affairs, it may imply serious ramifications for some others.

SKYCITY earlier this year announced its plans to launch its first online casino; an announcement ultimately received with mixed reactions. SKYCITY currently owns and operates four hotel & casino venues across the country. The new online division, said the operator at the time of its having made known its intention, will be operated and managed by its Maltese subsidiary, namely Sky Malta. Gaming Innovation Group (GiG) would power the online platform, confirmed SKYCITY.

Speculation about exactly how a familiar brand launching an online casino would be received by New Zealand nationals started to fly about almost immediately following SKYCITY’S proverbial testing of the waters of public opinion. Many voiced the fear that people would be more prone to trust what can be considered a “household” brand and may as a result unknowingly fall into the trap of addiction.

But New Zealand’s government isn’t the only government currently mulling over a possible online gambling credit card ban. The UK Gambling Commission recently announced that come mid-August, it would be holding a 12-week consultation focussing on whether or not the use of credit cards for online gambling should be banned in Great Britain and surrounds.

As for SKYCITY, whilst knowing full well that only TAB and the country’s state-run Lotto are permitted to offer gambling products and services to NZ nationals, appears to be intent on circumventing the country’s laws on the strength of a technicality; being that its operational hub will be stationed not in New Zealand itself but in Malta.