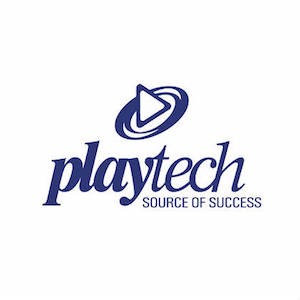 Isle of Man-based Playtech may be the world’s largest online gaming software provider, but sadly, this has not cushioned the company from the inevitable blow dealt by strong competition in the Asian markets. The brand recently issued a heads up in terms of the standing of its first full year revenue, saying that it was more likely than not, going to take a knock as a result of developments in Asia and, more specifically, China.

Following the announcement by the gaming giant, the price of its shares fell to an all time low of £5.52 ($7.24) per unit. This is a 27% drop and the lowest that a single share has traded at since the company started listing its shares on the London Stock Exchange approximately four years ago.

The gambling technology developers have blamed what they have referred to as the increasingly competitive backdrop of markets in Asia, for the sudden decline and drop. Playtech forecast adjusted earnings before interest, taxes, depreciation and amortisation, an accounting term known as EBITDA, to be in the region of between €320m and €360m for 2018. This in itself set alarm bells going, causing the price of its shares to drop considerably as the market reacted to the forecast. During 2017, the company reported an EBITDA of €322.1m. In June of the same year, the financial landscape in Italy paved the way for them to acquire Italy-based Snaitech, as part of the company’s endeavours to acquire control of its main competitor in the country. This had a positive influence on market indicators as well as on the price of the company’s shares.

The acquisition of the last remaining 19% of Italy-based Snaitech was the final step in the takeover of Snaitech and bode well for the future of Playtech. It was, after all, a £741m acquisition, and the world market reacted positively to the news.

Investment and asset managers Morgan Stanley told the Financial Times, a London business newspaper, that Playtech had confirmed that the reason for the downward adaptation in the company’s financial forecast was changes in the Chinese market, which the company described as having been relatively sudden. The changes in question caused their products to be demoted on local websites, with local products enjoying more exposure.

Analysts from Investec have made a dire forecast based on the information currently at hand, saying that eventually, the shift in the Asian markets may bring about a 25% decline in Playtech’s total revenue income from Asia during the first half of the current year.