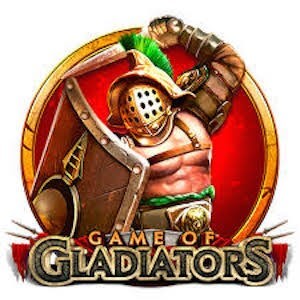 Play’n GO has announced the release of another new title. Game of Gladiators has gone live and allows players to enjoy a 5-reel online video pokies experience set in an arena plucked straight from Ancient Rome. With innovative audio and visual effects alongside excellent features like the Enter the Arena Bonus, you’ll choose your warrior and then await the outcome of the fight as it unfolds!

Enter the Arena is by far the finest feature in Game of Gladiators. It’s a unique Free Spins Battle interlude that is activated when Scatter symbols land on the 1st, 3rd, and 5th reels. All Wilds on the pokie’s reels during this portion of play will transform into Mega Wilds, and the Free Spins keep going until the Battle is either won or lost.

Players are once again asked to select a champion during this feature, with these heroes hailing from either Amazon or Spartacus. Amazonians offer the chance to win Bet Multipliers of 20X or 100X, and Spartans provide the possibility of retriggering the feature completely. Each fighter is given on attack, and each attack issues a prize. The 2nd attack will be at a multiplier of 2X, the 3rd, one of 3X, and so on, with things coming to a close when 12 opponents are facing off.

A Little Something Extra

There are 5 PRIMUS Features available during regular Game of Gladiators spins, and players who randomly receive 1 will earn a Spear Attack. This will see between 3 and 6 spears flung at the reels, turning them Wild. Sword Attacks are also possible, and, if successful, the 1st reel will replicate itself between 2 and 4 times. Or there’s the Net Attack, where a Gladiator will become sticky and a Respin will kick off.

CEO Törnqvist Has His Say

Chief Executive Officer John Törnqvist called Game of Gladiators a thrilling new addition to the market. He said that Play’n GO was looking forward to players enjoying the heat of the battle as they fought for glory!

He went on to say that 2019 has been a busy year so far for the company, but that there is plenty more to come. He’s confident that this doesn’t necessitate any compromise on quality, and was firm about every pokie being 100% unique and expertly crafted to give the most entertainment possible. He mentioned that a quick look at the releases thus far would confirm that there’s an excellent variety in terms of concepts and choices, but that each pokie had the Play’n GO energy all over it