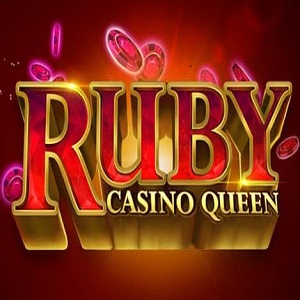 Ruby Casino Queen, the latest online pokie by Microgaming, was developed by Just For The Win exclusively for the development company. This sumptuous 5-reel, 20-payline pokie ascends to the throne and takes players along for the ride! Get ready to explore a palatial world with riches hidden behind every spin of the reels.

Peppered with precious gems and incredible graphics. Ruby Casino Queen offers players the possibility of benefiting from Respins, Free Spins, and the added extras a total of 3 Wilds can deliver. Play also unfolds against a background of sumptuous sounds, ensuring the experience is as immersive as can be.

Base gameplay awards wins when 3 or more successive symbols match up on a reel from left to right. Should a Free Spin icon end up on the 2nd, 3rd, and 4th reels, a generous 9 Free Spins will come into play. Should only 2 of these icons appear, 1 reel will Respin, increasing players’ chance of landing the missing symbol and getting their hands on the added feature. If a Wild icon lands on all 5 of the reels then 3 or more Free Spins will kick off, giving participants plenty of opportunities to win big.

When the complimentary spins start off, players can look forward to adrenaline-pumping action thanks to Sticky Wilds and a multiplier of 2X on all of their wins. Landing this icon actually boosts the prospect of seeing a return by as much as 6X, which means that really epic payouts are possible in Ruby Casino Queen.

The Powers Behind the Throne

Just For The Win is a premium game studio that was established in 2016. They released their first-ever video pokie in May 2017, and have built a stellar reputation in the relatively short time they’ve been in operation since then. Thanks to their partnership with industry heavyweights Microgaming, their creative, original pokies are now playable in hundreds of casino the world over.

Jagoda Barber, Head of Games at Microgaming, stated that his company is thrilled to be a part of Ruby Casino Queen. Calling the pokies’ mechanics exhilarating, Barber made mention of the expert aesthetics of the title, explaining that these are what makes it possible to deliver a truly epic playing experience. He said that players would be ushered into the world of big spenders, sweeping chips across the velvety felt tops of casino tables as the ruler of this domain, Ruby, leads them towards the jackpot prize.