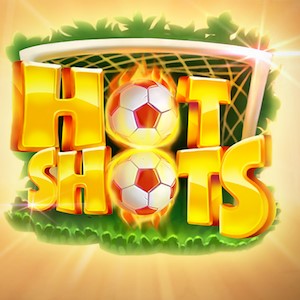 In response to popular demand, online casino software developer, iSoftBet has released the much-anticipated sequel to its Hot Shots pokie. Hot Shots 2 reintroduces players to the original game’s beloved cartoon cast and football theme, with the addition of several new and exciting features.

Players enter the Football World Cup of the animal kingdom with plenty of opportunities to win big thanks to free spins, stacked wilds, increasing multipliers, and a brand new Ultra Bet feature. The 3-row, 5-reel pokie operates on the popular 243 Ways to Win system, with wager options ranging from 0.25 and 25.00.

It is a medium-variance online casino game with a respectable average RTP of 96%.

Players on the Pitch

As mentioned, Hot Shots 2 reunites the quirky characters of its predecessor on the reels, which are set in front of a football pitch in the middle of the jungle, with a crowd of animal spectators gathered around it. Symbols on the reels include a suave fox, blasé cow, goofy bulldog, chirpy chicken, and beer-toting German Sheppard, among others. Each character is clad in the official colours of a different national soccer team.

The German Sheppard offers the highest symbol payout of 10x the wager for one each on all 5 reels. Players should also shoot to score the soccer ball and Hot Shots 2 logo as these are the pokie’s respective Wild and Scatter symbols.

In the Hot Shots 2 base game, players can up their winning potential with the game’s Wild and Scatter symbols. The Hot Shots 2 Wild symbol is extra special as it expands both horizontally and vertically to stand in for any symbol except the Scatter to complete winning combinations. The football Scatter, meanwhile, awards 10, 15 and 20 free spins for three, four and five symbols respectively.

Hot Shots 2 goes into overtime during free spins, where the Wild ball turns gold, expanding as in the base game and increasing the multiplier by one on every win. As a result, pokies players may win up to 12 150 time their wager during these free spins.

The ultimate goal to score in this new online casino game is the Ultra Bet option, which triggers 50 free spins during which players collect stars to unlock additional rewards. Players can win up to 1 000 times their stakes, if they are lucky enough to land the requisite number of stars.

The great news is that this fun theme and all of these exciting features can be enjoyed on desktop or mobile as iSoftBet has ensured that this online casino game is cross-platform compatible.