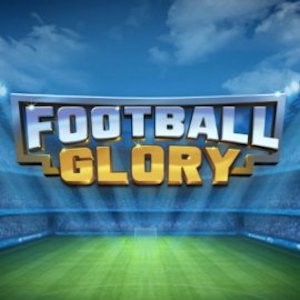 iGaming developer Yggdrasil Gaming have certainly been firing on all cylinders. Just a week ago the studio released Medusa Fortune, which received a positive reception. But another impressive pokie has now quickly followed, Football Glory, proving that the company has what it takes to put out quality content on an extremely regular basis.

As the name suggest, the 5 reel 25 payline Football Glory is focused squarely on capturing the thrill and excitement of a real football match. From the roar of the crowd, to the thud of a ball flying into the goals, it has all been expertly ported into spinning reel form. Only, of course, in this version fans have the chance to walk away with pockets loaded with cash.

Yggdrasil Gaming, based in Malta, have clearly put their all into the pokie, and fans of the beautiful game will not be disappointed.

As far as the real game of football goes, Football Glory has done an admiral job of turning fast paced kicking into reel spinning fun. The visuals are spot on, depicting an immense stadium with crowds of cheering fans, while the reels are populated with the most iconic images from the sport.

The most notable feature is referred to as the All Stars Free Spins, which challenges players to get a digital ball into a net in order to earn big payouts. According to an Yggdrasil Gaming spokesperson, the idea is for pokies players to try and put the ball into the net during Free Spins, which will in turn transform base symbols into Sticky Wilds. The more times a goal is scored, the more valuable the sequence will be.

A Tribute To The Sport

Senior product strategist at Yggdrasil Gaming, Jonas Strandman, commented on the release of the game. He first pointed out that it was the company’s second pokie to feature a football focused theme, with the first having been released in 2016, called Bicicleta. Experience gained from the first release, Strandman elaborated, was carried over to Football Glory, a benefit that had ultimately helped drastically improve the new title’s overall feel and quality.

Strandman concluded by drawing attention to the Glory Bar feature of the new pokie, which is the ticket to lucky players grabbing the highest possible payouts.

Football Glory is out now, and may be just the fun fans need before league play returns to normal .