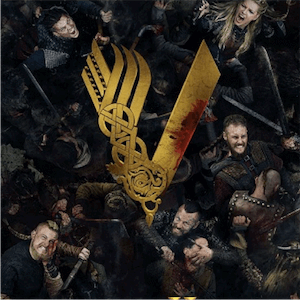 NetEnt, one of the world’s most respected casino software developers is set to release Vikings, a pokie based on the epic television show of the same name, on 22 November 2018. The series, which is by the History Channel and is available on Amazon Prime, has proven exceptionally popular.

With a sixth season due soon, a well-designed game is expected to boost the brand even more. And since NetEnt is so famous for its Video pokies releases, with creative special features, detailed themes and cinematic graphics, most insiders feel they were the idea developers for the job.

Trailer Has Been Released

NetEnt has posted a 4-minute trailer for Vikings on YouTube, and it has the online pokies community very excited. Impressive graphics, 3D animation and sound effects promise immersive entertainment, on both desktop and mobile devices.

While the storyline is very linked to the show, it can also stand on its own. Like the developer’s other branded titles, if players are familiar with this one, the game should make them appreciate it even more. If they are not, they will be able to enjoy themselves anyway and may find the reels are a great introduction to the series.

Since the pokie has yet to be released, not everything about it is known yet. However, there is quite a lot of information available, including the fact that it will feature a 243 Ways to Win pay structure rather than conventional paylines.

These will play out over 5 reels and 3 rows. A muted background colour palette helps to create the atmosphere, and allows the colours of the higher-value symbols to shine brightly on the screen. Special extras include a Hotspot feature in the base game, that will turn all visible Viking symbols into Scatters. The Shield Wall delivers 8 mystery symbols, and other features enhance the excitement even more.

The base game’s top jackpot is 10,000x the total stake, suggesting that the game is likely to be high-variance. The theoretical Return to Player Percentage is 96.05%, and the betting range is 0.2 to 100 per spin so it should accommodate all gaming budgets.

News that NetEnt would be releasing a Vikings themed title was first announced in February 2018. Players have been looking forward to what the studio would deliver since then, and the new trailer has only made them more desperate to try the game. With just over a month to go, excitement over the game is reaching fever pitch around the world.