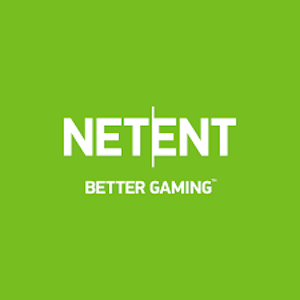 Slower than usual revenue growth has become a reality for Stockholm-listed online casino company NetEnt. Foreign exchange fluctuations are largely to blame for the moderate growth experienced by the company, specifically relating to its revenue income in general. The technology giant has reported a very conservative 5.9% growth rate for the second quarter of the current year, which is much slower than what was originally projected and hoped for.

Reported revenue for the second quarter of 2018 amounted to SEK 437.2 (US$ 49), as opposed to the SEK 412.5 (US$ 46.3) million than was reported during the same period in 2017. The second quarter of the year runs from April to June. When applying the collected financial date to a Euro-based scale, the revenue income has actually declined by 0.8%.

When considered from a worldwide economic point of view, there definitely is cause for concern, as it becomes very clear the figures aren’t as positive as what they seem at first glance. Growth in the online casino arena has been much slower than usual for the developer.

The company has laid the blame for the poor revenue figures squarely at the feet of the development of the Swedish Krona, especially when viewed in comparison to the development of other major world currencies such as the Euro and the British Pound. The situation is made worse by the fact that the income is initially booked in Euro and Pounds, and then translated back to the Swedish Krona for financial reporting purposes.

A sudden decline in income from the regions of the United Kingdom as well as the Nordics has also added to the problem. However, it seems that there is a positive tendency when it comes to local regulated markets, as these seem to perform much better than their offshore counterparts. Southern and Eastern European regions remain on a positive up swing, mainly due to the figures reported in the mobile gaming sector.

Moreover, there doesn’t seem to be any shortage of new business. NetEnt launched no fewer than 14 new licensed casinos for 15 customers during the first half of 2018.

Recently appointed CEO, Therese Hillman, has said that there is a positive attitude that prevails in company ranks and that seasonal changes and fluctuations are to be expected. She pointed out that the company would most definitely prevail, despite the slower than hoped for growth in the online casino industry.