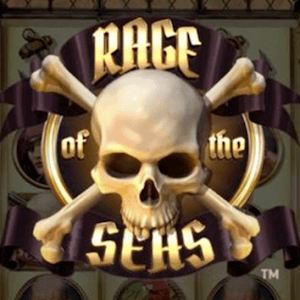 When it comes to the world of pokies, there are few developers that have as strong a reputation as NetEnt. The company is known for creating some of the best titles of all time, and, with their latest release now going live, the industry sat up and paid attention. Rage of The Seas is here, and it seems as if the studio has managed to live up to expectations and keep their reputation strong.

With even a quick glance, players will see that Rage of The Seas is a cut above the rest, boasting astounding artwork, incredible gameplay, and so much polish that it almost defies belief. From fully animated ship battles to a gripping selection of special features, this is, without a doubt, one of the best pokies currently available.

Needless to say, Rage of The Seas will dazzle with its visual presentation. There is almost no end to the amount of detail that can be found crammed into every corner of the screen, proving once and for all why NetEnt are so lauded in the iGaming industry. Even selecting a bonus feature involves guiding an interactive candle over a tattered scroll of paper, which truly is above and beyond what is expected.

As far as gameplay is concerned, Rage of The Seas utilises 5 reels and 3 rows, but features an expanding grid system that comes into play gradually over the course of a play session. Additional grid spaces can be unlocked above the initial reels, simply by landing a Boost symbol on the reels. When triggered, the Boost system dramatically expands the ways to win, increasing the likelihood of successful matches being achieved.

With all the spaces unlocked, an impressive 5,488 Ways To Win is put into play, surely enough to impress even the most edgy pirate.

When all grid spaces have been unlocked, or when Scatters are matched, a Rage of The Seas bonus round will be set into motion. As already mentioned, the player is allowed to choose their preferred bonus from a selection of four. The options range between Spreading Wilds, and Stacked Wilds, to low paying symbols being removed from the reels, and even lucrative multiplier boosts.

All in all, this is an experience that stands as testimony to just how good a pokie can be, assuming that the right developers are putting in the work. It is, without question, a must play.