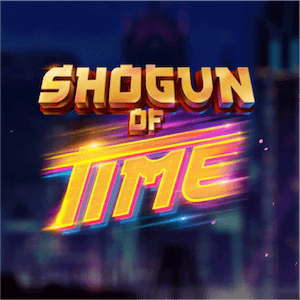 Fans will be happy to know that JFTW has just announced the release date for the launch of its first pokie for 2019, Shogun of Time. The new game will go live with all of Microgaming’s participating operators on 13 February.

When Microgaming first launched its independent design studio concept, the entire industry suspected that something innovative was headed its way. This was Microgaming, after all, a company renowned for never having done anything in half-measure style. And sure enough, now, months later, independent studio Just For The Win is no longer a newcomer to the development market and has captured the attention of the industry under the Microgaming banner.

Shogun of Time is themed around the cyber-punk culture and its quite obvious even from first glance that many Japanese elements have been incorporated too. The game combines classic Eastern and Asian culture with modern-day cyber punk and the result is a stunning display of modern-day Japanese popular culture.

All of the action goes down in what one would imagine the Tokyo of the distant future would look like, and like any game worth its salt, there is true heroine doing her bit for society. A female Samurai warlord and her alter ego, Cybergirl, make a star-appearance on the pokies’ reels. Shogun isn’t exactly the poster-child for game-changing mechanics,

Futuristic Tokyo is the setting and a female Samurai warlord and her alter ego, the Cybergirl, are the stars of the show. The pokie may not include any new mechanics and will in all likelihood not go down as a game changer in terms of new features, but it’s the simple nature and its inner workings that make it so relaxing to play in the first place. It’s obvious that the earmark never was to win any innovation awards, but instead, to create content that would appeal to players in a very simple and familiar way.

No Lack Of Excitement

Despite the fact that the features that have been incorporated have all been done before, the basic design remains nothing short of brilliant. The colour scheme ties in nicely with the cyber-punk theme, and players will be happy to know that all of the usual suspects are present.

Cybergirl is the wild symbol, and will typically substitute to replace and transform all standard symbols so as to complete a match. Five of a kind of the Logo symbol in a single row awards a 12x multiplier of the player’s current bet and the free spins bonus feature awards either 8 or 16 free spins.

To top it all off, a jackpot 2000x multiplier on the current bet is up for grabs every time the game’s bonus round is activated. There certainly isn’t any lack of adrenaline-pumped winning power here!