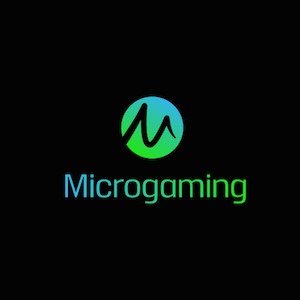 Most developers haven’t much more than the capacity to release one; or at most two; new pokies during any given month of the year. Microgaming continues to be the exception to every rule. The software giant has announced that a total of 5 new pokies will see the light during the month of July, turning the month into a real royal reel-fest!

The new range of pokies are the work of Microgaming’s expert independent studio partners and the array of new releases give players a lot to look forward to in terms of top class quality gaming entertainment.

We were offered a sneak preview into the world of the wonderful releases to come.

Asian themed with 243 paylines to complete the enticing picture; this is 2x2 Gaming’s Fiery Kirin. And if, like us, you are wondering what on earth a Kirin is, we are happy to report that we now have all of the relevant info at hand. A Kirin is a famous Asian-inspired mythical creature. This time round however, the developers have elected to not put the typical Chinese spin on the proceedings, but to go with a Japanese theme instead. And we daresay, this one’s going to be a hit for sure.

If English detectives and British murder mysteries are your thing, then Rabcat will soon be your new favourite developer. Its 25 paylines of pure detective-style fun and its bound to convert just about anyone to the fun world of online pokies.

Magic Of Sahara By All41

All41 Studios is a fairly recent addition to the Microgaming independent studio partnership model. It’s a simple pokie and it reminds strongly of older classics like Thunderstruck and Ladies Nite. Do not make the mistake of selling this one short though. It may surprise its players yet.

Stormcraft obviously needs no introductions. Fans of the original BreakAway pokie will immediately have realised that this is the sequel to the popular first instalment of the game. Cascading wins and an engaging multiplier trail push the fun and engagement factors into the red.

Queen Of The Crystal Rays

This one is by the creative bunch at Crazy Tooth studios. This one is a real money maker. Wins are tallied whenever two symbols appear adjacent to one another on the reels, and not only when positioned from left to right. Queen Of The Crystal Rays is bound to become a new favourite to many of Microgaming’s long-term fans.