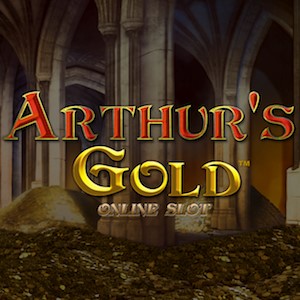 Gold Coin Studios, an independent games development studio headquartered in Nevada, has just experienced the pleasure of launching its first ever pokies game alongside global gaming giant and industry pioneer Microgaming. Arthur’s Gold was developed exclusively for Microgaming by Gold Coin Studios. The latter recently became the latest new independent partner to be welcomed to the ever-growing Microgaming fold of studio partners.

Arthur’s Gold is in fact more than simply a cause for new-game celebration, as it also just so happens to be Gold Coin Studios’ debut pokies release. And needless to say, what with the game carrying the Microgaming stamp of approval, Gold Coin Studios could not have asked for a more leveraged entrance into a booming global entertainment sector.

Gold Coin’s first pokies game ever follows a medieval theme. A 3x5 set of reels is home to a variety of special win-making features, including most notably a Double Symbols feature, 10-of-a-kind pays, expanding wild symbols and even hitting it hot on the wins with respins. There’s also a Free Spins Bonus game shaking things up once the action really gets going.

The game is categorised as being a high volatility pokie. But it more than makes up for its highly volatile nature by offering to players the chance of hitting a homerun jackpot of up to 4,000x the original bet wagered. This means that not only will lovers of high-volatility pokies rejoice in yet another option having been added to their favourite menu, but also that casual and newbie players will find the game to be enjoyable and stimulating. Appealing to an extensive range of players is a mission Gold Coin appears to have accomplished in full, which is saying a lot when talking debut release.

Arthur’s Gold theme is based on that of a fantasy-inspired hunt for treasure. Fans of story-telling games will definitely discover common-ground to be present in this department.

Microgaming is obviously as excited as anything after having welcomed Gold Coin Studios into the golden circle. The casino games giant has revealed quite the new pokies lineup for July, but Arthur’s Gold certainly tops the list. Released July 9th, the game is already hailed a solid fan favourite.

Be sure to take Gold Coin Studios’ Arthur’s Gold for a spin by signing up with any Microgaming partner-operator. The game can be played on a standard desktop system as well as on any Android- or iOS-enabled mobile device.