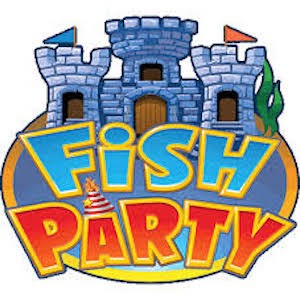 Microgaming has made another three players incredibly happy when they hit the jackpot in one of the brand’s innovative Fish Party tournaments. The €317,849.78 jackpot payout marks the largest win in this game since its release in 2016.

Fish Party Sit & Go combines the skill of a Poker Sit & Go tournament with the thrill of a progressive pokies game. The tournament starts as soon as the ‘table’ is full. A randomizer shows players what the prize pool they will be competing for is, and then the game commences. Players participating in the tournament may select a buy-in from 5 options.

The tournament’s prize pool is decided by a single spin on the game creator’s pokies version of the game, also titled Fish Party. The buy in amounts are €1, €4, €10, €20 and €50 or the $ equivalent. The overall winner receives between 2x and 50x the buy in, and the players receive a 50/30/20 split of the prize pool.

This is the third time in three months that the game has paid out the jackpot, and the 22nd since it was first released. In total, Fish Party has paid €1.2 million, and according to the Managing Director of Poker at Microgaming, Alex Scott, it is well on its way to hitting the €2 million mark.

However, Microgaming is making a habit of paying out dream worthy sums. Earlier this month the developers popular progressive jackpot pokie Mega Moolah broke the world record - again- for highest jackpot win at €18915872.

A Software Developer That Leads The Way

Microgaming has been an industry leader since the company was established over 20 years ago. True pioneers in the industry, the brand developed the first online casino games in 1994, and they have continued to lead the way, producing award-winning games that cater to player’s individuality and exacting needs.

Alex Scott (MD of Poker) has expressed the company’s congratulations to the winners. He has termed the win ‘an exciting three-handed battle’ and is excited to see who will win big in the future.