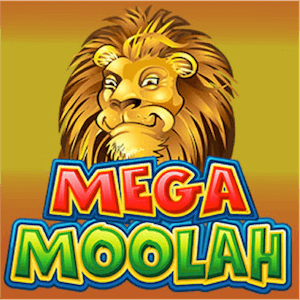 Finally, the biggest ever pokies progressive jackpot payout has been won! The Mega Moolah jackpot, which passed the previous record payout of €17.9 million on the day it was won, paid out the breath taking amount of €18915872.81 late afternoon on Friday the 28th of September.

Amazingly, the player, who was playing at the Grand Mondial Casino, was placing 75c bets, and struck gold less than 50 spins on his mobile device. This sets a new Guinness World Record, beating the previous record by a whopping €1015872!

To date, Microgaming progressive jackpot games have paid out over €900 million Euros. Even the developer’s staff had been watching the jackpot grow in anticipation of who would win. The company has issued its congratulations to the casino and the lucky player on the record-breaking win. As with all the brand’s major wins, the payment was made in a single lump sum and not in annuities, as some companies do.

This win is just the latest in six massive payouts the pokie has awarded this year.

This progressive pokie has been a smash hit since the day it was released, and it features not one but 4 jackpots. The Mega, Major, Minor, and Mini games all award accumulative payouts, but in this case, it was the Mega that was won.

The game is a standard 5-reel 3-row pokie with 25 paylines and is available in several different themes. Players can select Mega Moolah Isis, an Egyptian theme; Summertime, featuring fresh, summer fruit; 5 Reel Drive, which has a road tripping theme, or the original, which features a wild African design that’s quirky and colourful. All of the themes offer the same opportunity to win.

To trigger the progressive payout, players need to enter a bonus round which is triggered at random. The higher the betting amount, the better the chance of triggering the bonus round. The bonus is based on a wheel of fortune, which the player spins for the chance to win one of the 4 massive prizes.

The game pays out on average every 9 weeks and is available at hundreds of casinos online.

Grand Mondial has yet to release any communiqué regarding the player who scooped the prize. However, the Promotions Manager of Casino Rewards, of which Mondial is a member, has said that the group had been hoping this would happen. Emma Hall expressed the group's amazement at the win with just a 75c bet.

This is the sixth Mega Moolah winner that is a member of Casino Rewards in the last year, and the way tings are going, it may well not be the last!