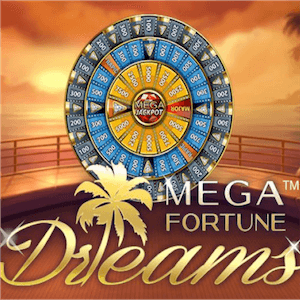 Did it really happen to me?? This was the feeling of absolute surprise and unreality experienced by a pokies player who had recently walked away with more than £4 million in winnings after having hit NetEnt’s Mega Fortune Dreams’ jackpot.

The lucky person, who had accessed the game at online casino site Bingo.com, said that he had often heard about people winning incredible progressive jackpots, but its near impossible to verify whether it’s true or even possible, as no one in close proximity to the player himself had ever struck that type of gold by playing a pokies game.

Best of all, and probably most surprising to the player too, is the fact that the big win at come at a time when the player had been spinning the reels at a mere 80p a pop. One tends to expect that big windfalls will only fall when gigantic bets are wagered, but this is obviously not the case.

Its A Winning Spree

It was just last week that a lucky player secured a fantastic win on a Yggdrasil title whilst playing at LeoVegas online casino. At the time, LeoVegas had said that the team had been keeping a close eye on the pokie and had expected the big jackpot to drop at any minute. Which, of course, it did, making one player and his friends and relatives very happy indeed!

This time it was the turn of Bingo.com to be part and parcel to making a player’s wildest dreams come true. Bingo.com is a part of the Kindred Group. Kindred is one of the largest gambling and betting companies in the world, and so the player was definitely in of the best company out there!

It's All About The Entertainment

As for the developer of the Mega Fortune Dreams pokie, one would be hard-pressed to find a team of experts more professional and renowned than those at NetEnt. The development team has won many world-famous rewards for their platinum software. As far as award-winning software is concerned, it really would be hard to beat the guys at NetEnt. This company too, has been around for many years, and their levels of experience actually show in the pokies that they create.