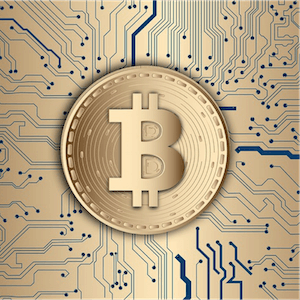 Whilst Bitcoin may well be the way of the future, and an increasingly number of casinos are starting to accept cryptocurrency deposits, there are some countries in which this new form of currency is causing a ruckus.

Gambling is mostly illegal in China, with the exception of selected state-run sports betting services. To this end, many Chinese betting operators continuously try to outwit the red tape that has been instituted by government. A logical move would be to argue that no real money is being offered as tender. If this were true, then activities driven by Bitcoin as a payment method, would not classify as gambling. But a spade is a spade, and government is calling it by its real name. Ultimately, Bitcoin do have monetary value, as cryptocurrencies can be converted into real currency.

China has experienced a massive surge in illegal betting activities, and even more so in the weeks leading up to the World Cup. Police in the southern province of Guangdong this week confirmed that they had cracked down on one such illegal betting operation making use of Bitcoin as the tender of choice in order to wager on the outcomes of World Cup matches. Police confirmed that they had become aware of the activities of the group back in May, and that they have been monitoring the operation ever since.

More than 540 people have been arrested in connection with the illegal activities engaged in by the operation, six of which are reported to be the leaders in the unregulated ring. Police also confirmed that the various individuals, who were currently being detained, had been connected to more than 20 criminal gangs operating in the country.

Computers and other equipment were seized by police officials and upon investigation; it became clear that Bitcoin to the value of $1.5 million was currently in play. It is estimated that the illegal operation may have generated more than $1.5 billion worth of revenue income in the form of crypto currency.

According to reports, the illegal operators began targeting both Chinese as well as international players more than eight months ago. The betting operation accepted only Bitcoin as acceptable tender to place bets and managed to procure more than 330,000 bettors from all over the world. The servers were apparently located off-site in order to avoid regulatory consequences.

The popular Chinese social app, WeChat, was just one of the online avenues used to advertise the betting service. Subsequently, the user accounts of more than 50,000 people have been de-activated.

This isn’t the first time that cryptocurrency is used for nefarious purposes and it certainly won’t be the last, and it once again highlights why playing at licensed legal casinos is essential - from anywhere in the world.