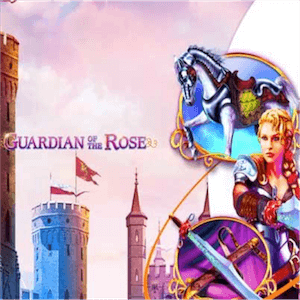 International Gaming Technology, often known simply as IGT, has just released several online pokies recently. Among the new titles from the world-renowned developer is Guardian of the Rose, a fantasy-based 5-reel game with 40 paylines.

Established in 1981, IGT has a long track record for innovation and quality gaming products. The company branched into the digital space in 2010, and has created several popular and acclaimed pokies since then. Their plotlines are varied, covering Ancient Egypt, film and television franchises, nature, and Nordic legends.

One area that has remained quite unexplored until now is the realm of fantasy. However, with Guardian of the Rose IGT appears to want to change that. Like its other pokies offerings, the game features fantastic graphics and has been created on the sophisticated HTML5 platform. This should make it both appealing and accessible to almost all players. In addition, the betting range of 0.4 to 40 coins per spin should accommodate the budgets of high rollers and low-limit gamblers alike.

Guardian of the Rose is centred on a beautiful heroine, who will do whatever she has to in order to protect her kingdom. While this seems quite generic, IGT has added several special features to make it more rewarding and entertaining to play. Multipliers, Wild Symbols and Free Spins will all feature.

The gorgeous icons on the reels include the Castle Scatters that trigger the Free Spins Bonus Round, a crystal chalice, a sword and a diamond. The background is the eponymous Guardian's castle and its surrounding countryside, and the questing music in the background makes the pokie seem even more epic.

The fact that IGT doesn't have a lot of experience rolling out fantasy-themed titles makes its achievements with Guardian of the Rose even more impressive – though fans of the developer would argue that the quality is not surprising.

With the game being so well executed, it is especially surprising that its launch has been so unremarkable. The pokie was not really released with much fanfare, and is not universally available. This might be because IGT is rolling several other games out at the same time.

However, pokies enthusiasts who have tried Guardian of the Rose have enjoyed it enormously, and encourage other players to do the same. This seems like a game that is well worth investigating, with plenty to recommend it.