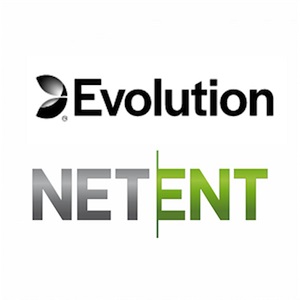 2020 was a year of several exciting developments. There was the completion of the acquisition and mega-merger of The Stars Group by Paddy Power Betfair operator Flutter Entertainment in May, Caesars Entertainment’s bid for British bookmaking giant William Hill, and several major casino rebrands all throughout the year.

But without a doubt the most notable of all was live gaming provider Evolution’s announcement of its plans to acquire online pokies giant NetEnt in the massive $2 billion+ M&A deal the decade. First tabled and announced in June, the bid process recently gained new momentum following the securitisation of the final outstanding competitions authority approval from the U.K.’s Competition Markets Authority.

And it’s coming together of casino industry giants about to set the iGaming stage on fire in many more ways than one.

Even more significant than the sheer size of the deal in terms of the numbers, are Evolution and NetEnt’s respective positions of leadership in the online casino games market. One the leading provider of live dealer games – the other a northern light for the online pokies sector, it’s the type of deal the significance in terms of market share the global iGaming industry has not yet seen since the rise of the first internet casino in the early 2000s.

All of the obvious implications for the growth of the iGaming landscape aside, a merged Evolution and NetEnt is indicative of a definite shift in the very future structure of online casino software.

Important to mention at this stage is the sheer monetary value of the live dealer sector of the online casino games industry. Though it’s a sector that did not even exist a decade ago, it’s a sector now driving the iGaming industry. And it’s at the same time also a sector powered mainly by Evolution.

Live casino titles available from Evolution practically run the gamut of land-based table games – which is of course where and how gaming first got started. Evolution has successfully recreated each and every classic table game for the live dealer online casino space – a tremendous and impressive achievement in its own right.

Combine now all of the above with the trajectory the online pokies sector is currently taking, which is of course NetEnt’s speciality, and the result is a future driven by social interaction, stimulating live entertainment, fairness of play, and real-money online pokies the likes of which the industry has not yet experienced.