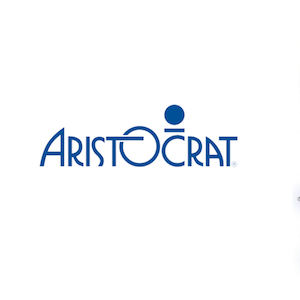 Aristocrat Leisure has published its financial results for H1 of 2019, and not surprisingly, the company has reported substantial increases across the board. The results for the past six months up to March 31st, 2019 showed almost a 30% increase in overall operating revenue amounting to 2.10 billion Australian Dollars. The company’s earnings (EBITDA) increased by a massive 19.2% year on year to 766.3 billion Australian Dollars.

The strong results for H1 in 2019 followed the trend seen in the full year figures for 2018. Last year, the ASX-listed company boasted huge profits, which they attributed to growth in the Americas and significantly higher earnings from their digital business.

Increases Across the Board

According to the published figures, Aristocrat’s normalised revenue jumped to 20.8% in constant currency with an increase of 29.8% in reported terms. These figures were not easily predicted before 2019 and set a new company half-year revenue record amounting to 2.1 billion Australian Dollars. What this means for investors is that Aristocrat will be paying an interim dividend of 22 Australian cents per share. This is an increase of 16% for the six-month period or H1 of 2019.

Speaking to the press, Aristocrat Managing Director and CEO, Trevor Croker said that the company continues to deliver profit growth that is substantially above market. This has led to a strong free cash flow giving them the ability to reinvent to the company’s self-fund future growth while still ensuring that a strong foundation remains in place for the future of the business.

Croker said that the impressive double-digit profit margin shown in H1 of 2019 simply demonstrated the company’s ambitious strategy as well as sound commercial execution. The aim for 2019 is to expand on addressable markets both in the land-based and digital sector.

He went on to explain how Aristocrat has successfully integrated the digital business that they only recently acquired. In the past six months, they have made strong progress towards a more diverse digital portfolio and for the near future they will be focusing on their portfolio growth and driving scale efficiency.

Mr Croker ended off by saying that the group expects further growth in the coming months of 2019 and for the rest of the fiscal year. The company is expecting gains in the land-based sector as well as outright sales as they expand into Northern America and the APAC region. Further growth is also expected in digital bookings, most likely from new games releases and a more diversified portfolio. The company will also be looking at significant investment in development and design for both land-based and digital sectors.